There’s plenty to keep you occupied in Tokyo this week, including a Shibuya Parco Art Week, the Japan Writers Conference and Short Shorts Film Festival’s online screenings. Here’s what to look out for in Japan’s capital over the coming week. Shibuya Parco Art Week will feature up-and-coming and world-renowned artists in one place with 40 events held at 24 locations around Shibuya Parco. In addition to holding the world’s first solo exhibition of VR works by British contemporary artist Julian Opie, the documentary film Make-up Artist: The Kevin Oakin Story will be released in advance and legendary Japanese photographer Shigeo Gocho will have a solo exhibition. The “Art Passport” distributed at participating stores will contain information on art events held at various locations and offer special benefits. 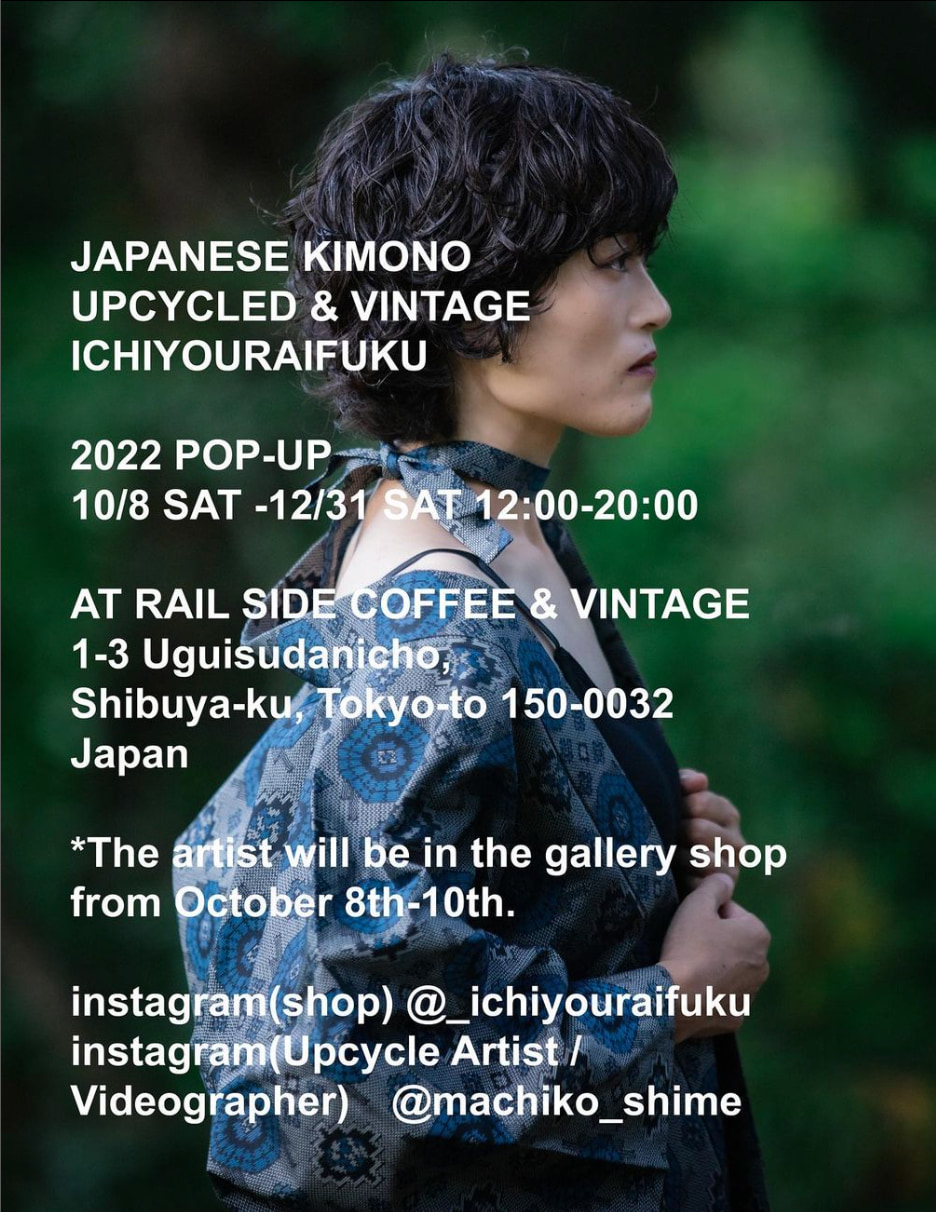 Ichiyouraifuku, a brand that upcycles vintage Japanese kimonos, is having its first pop-up event in Daikanyama. All items are handmade by head designer Machiko Shime based in Yamagata. Shime hopes that with her brand she can transcend the boundaries of gender, boundaries between city and country, between Japanese and Western-style clothing and bend the rules of kimono styling. In honor of Cinnamonroll’s 20th anniversary, both fashionistas and Cinnamonroll fans can enjoy this fashion event that will challenge beliefs about gender norms.

On the first day of the event, can enjoy a fashion show called “Soran Way” that will push the boundaries of gender. The rest of the fashion event will last until the end of October and there will be special collaborations with 40 brands and stores in Harajuku. At Laforet Harajuku, you can take Instagram-worthy photos in a stunning space and get your nails done at the pop-up nail salon. On October 23, visitors can take a photo with the Cinnamonroll character who will visit Laforet Harajuku.

The Japan Writers Conference (JWC) is a free annual conference open to all. Since 2007, JWC has attracted English-language writers in a variety of fields for a weekend of sharing ideas and experiences on the art, craft and business of writing.

Past JWC presenters have included well-known translators, novelists, poets, journalists and so on. Journals including The Font, Cha, Tokyo Poetry Journal and Kyoto Journal have also participated, as have publishers Fine Line Press and Isobar Press. TW readers get a discount on all More Than Music events by entering the code TKYWD at checkout.

For the 24th SSFF & ASIA, film lovers can watch the best films out of the 5,720 films received in June from 126 countries and regions. Winner of the Grand Prix, George Lucas Award Warsha by Dania Bdeir, Skins & Bones starring Amanda Seyfried, Sweet Tooth starring Timothée Chalamet, and other short films that won SSFF & ASIA 2022 will be showcased.

16 award-winning shorts including dark yellow, Tokyo Rain, Barefoot Empress, Final Death, Borekas, sparklers and AIM will be streamed globally online. Audiences of both the online and in-person venue will receive an original SSFF &ASIA NFT. This NFT gives them an invite to the special anniversary event of the SSFF & ASIA 2023 next June.

8. The World Opened By Translation: Exhibition in Haruki Murakami Library at Waseda

This exhibition organized by The Waseda International House of Literature (also known as the Haruki Murakami Library) examines translation and how it helped Japanese literature spread abroad, especially the English-speaking world. The full title of the exhibition is “The World Opened by Translation: Contemporary Japanese Literature Repackaged for the Anglosphere and Beyond.”